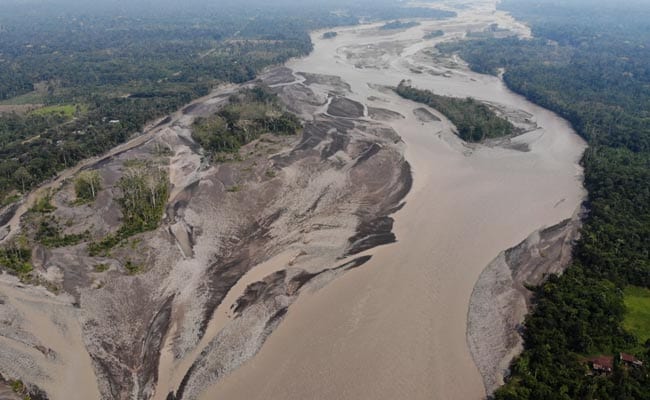 Ecuador Oil Spill: The oil was collected in large basins deployed when there is a leak.

An oil spill caused by a ruptured pipeline in Ecuador’s Amazon region leaked almost 6,300 barrels into an environmental reserve, according to information provided Wednesday by the company that owns the conduit.

The firm OCP said it had “collected and reinjected 5,300 barrels of crude into the system” since the accident on Friday when heavy rains caused a boulder to fall on the pipeline in a mountainous region.

OCP said the recovered oil amounted to 84 percent of the total that leaked, which would mean around 6,300 barrels.

The oil was collected in large basins deployed as an emergency measure when there is a leak.

OCP president Jorge Vugdelija said in a statement that the company was using people and machines to “collect traces of crude found in the river.”

He added: “We will not spare resources to comply with the cleaning, remediation and compensation.”

Around 21,000 square meters of the Cayambe-Coca nature reserve has been affected by the leak.

Crude flowed into the Coca river, one of the largest in Ecuador’s part of the Amazon and which serves as a water source for many riverbank communities, including indigenous ones.

“We demand to know… what will be the process of delivering water and food to the communities. It’s clear that the river water cannot be used or drunk,” the National Confederation of Indigenous Nationalities of the Ecuadoran Amazon said on Twitter.

Construction worker Benjamin Landazuri, 57, said he had lost some chickens that drank from a stream near his house.

When he returned home from work Friday he said there was “a very strong (smell) of oil” that gave him a headache.

He took water samples to test for pollution and said he will be demanding compensation from OCP if the tests come up positive.

Recent heavy rains caused landslides and rock falls in the area of Piedra Fina, where the pipeline lies.

The 485-kilometer pipeline straddles four provinces all the way to the Pacific coast in the west, transporting 160,000 barrels of oil a day from wells in the jungle.

Oil started spilling out immediately after the pipe was hit by a massive rock.

“At the moment the tube exploded, the oil shot out, like a pressure pump,” said site worker Cesar Benalcazar, 24. “We tried to stop the crude from reaching the river but the slope made it descend like a waterfall.”

The oil leak is the second to mar South American ecosystems in two weeks, after nearly 12,000 barrels of crude spilled into the sea off Peru on January 15.