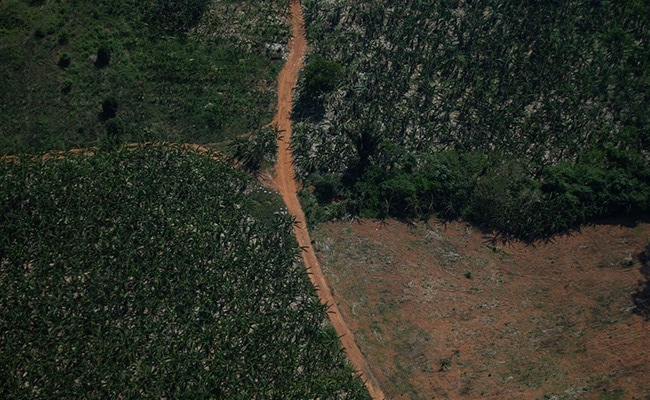 Deforestation in the Brazilian Amazon set a new record for January just three weeks into the year, according to data released Wednesday, a worrying sign of the surging destruction of the world’s biggest rainforest.

With 10 days to go in the month, the figure was already the worst for January since the institute launched its DETER satellite monitoring program in 2015.

Environmentalists said that translated into a high risk that 2022 would be another devastating year for the Brazilian Amazon, where deforestation has surged since far-right President Jair Bolsonaro took office in 2019.

“A number that high in January, which is the peak of the rainy season” — when deforestation usually falls — “certainly demands attention and leaves us extremely worried,” said Claudio Angelo of the Climate Observatory, a network of environmental groups.

“We’ll have to see how the coming months go, but it’s definitely not a good sign.”

By comparison, deforestation for January 2021 was 83 square kilometers — less than one-fourth the figure for the first 21 days of January 2022.

Last year was nevertheless a terrible year for Brazil’s 60-percent share of the Amazon. The amount of forest cover lost during INPE’s reference period, from August 2020 to July 2021, surged almost 22 percent year-on-year, to a 15-year high of 13,235 square kilometers.

It was the third straight increase under Bolsonaro, who has pushed to open protected rainforest lands to agribusiness and mining.

Bolsonaro has faced international outcry over the surging destruction of the Amazon, a key resource in the race to curb climate change.