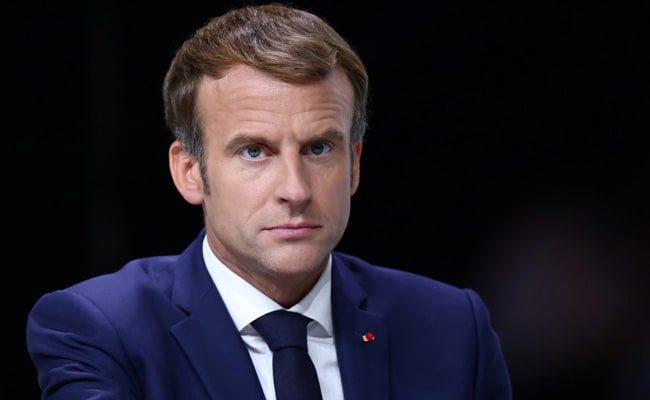 Emmanuel Macron said that he is very concerned about the situation on the ground.

France’s President Emmanuel Macron said Wednesday he could visit Russia to discuss the crisis over Ukraine, adding his plans would depend on progress made in upcoming telephone talks with world leaders.

Macron said he would speak “in the coming hours” to his US counterpart Joe Biden about the crisis over Russia’s deployment of some 100,000 troops close to the border with Ukraine.

He said he would also keep up contacts with Russian President Vladimir Putin and Ukrainian counterpart Volodymyr Zelensky.

“I do not exclude anything,” the president told reporters on a visit to Tourcoing in northern France, referring to the possibility of a trip to Russia to seek a diplomatic solution to the crisis.

“The most important thing is to firstly continue the European coordination and continue the exchanges with both President Putin and President Zelensky,” he said.

“Depending on the progress of our discussions made in the coming hours, I do not exclude any initiative or journey,” he said.

The Russian troop build-up close to the border with eastern Ukraine has raised Western fears the Kremlin is planning to invade its pro-EU neighbour.

Russia denies it plans to invade but has demanded wide-ranging security guarantees from the West, including that Ukraine never be allowed to join NATO.

“I am very concerned about the situation on the ground,” the French president said on the sidelines of a meeting of EU interior ministers.

“The priority for me on the Ukrainian question and dialogue with Russia is a de-escalation and finding the political terms for a way out of the crisis.”

Macron had said this week that Russia was behaving as a “power of disequilibrium” in the region but had also made clear he was open to dialogue with Moscow to deescalate the situation.

The French president has over the last years maintained that Europe must keep open channels to talk with Russia.

He has insisted that a “demanding dialogue” is preferable to open confrontation with Moscow in a fast-changing world dominated by the rise of China.

He has held repeated talks with Putin by telephone over the last days and French officials have struck a somewhat softer tone than some NATO counterparts over the probability of Russian military action.