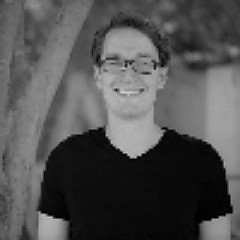 Last Tuesday, North Carolina Congressman Madison Cawthorn proposed a “New Contract With America,” which included a plan to eliminate the federal income tax. The next day, Florida Senator Rick Scott proposed the 11 Point Plan To Rescue America, which proposed, among other things: “All Americans should pay some income tax to have skin in the game, even if a small amount. Currently over half of Americans pay no income tax.” (Scott means federal income tax; almost every American pays taxes of some form, such as payroll and sales taxes.) These proposals are competing alternatives to the plan Joe Biden proposed in the first year of his presidency, which would substantially raise taxes on those with higher incomes, while also cutting taxes on those with lower incomes.

YouGov Blue, YouGov’s custom research unit serving Democratic and progressive clients, asked Americans for their preference among these three tax plans. Last week, in YouGov Blue’s national survey of registered voters, we asked voters about these competing plans. Half of American voters say they prefer the general outline of Joe Biden’s plan: cutting taxes and increasing benefits for lower-income and middle-class Americans, while raising taxes on the highest-income Americans. Almost one-quarter of voters prefer Cawthorn’s proposal to eliminate the income tax outright, and about 9% say they prefer Scott’s “skin in the game” approach that ensures all Americans on net pay at least some income taxes.

Though the State of the Union reportedly has faced last-minute rewrites as the violence in Ukraine unfolds, President Biden inevitably will cover domestic economic policy in the speech, as well. Iowa governor Kim Reynolds will do the same in her role of delivering a rebuttal from the opposing party. At the moment, most Democrats support a progressive tax system that does not include tax hikes on lower-income Americans, more Independents support it than either of two major Republican alternatives, and among Republicans it’s more popular than one of the two proposals from their party.

The CrunchBox below allows you to explore the survey results yourself, including how they differ by a variety of demographic characteristics.

Methodology: This survey is based on 1,030 interviews conducted by YouGov on the internet of registered voters, part of YouGov Blue’s Registered Voter Omnibus. The sample was weighted according to gender, age, race/ethnicity, education, and U.S. Census region based on voter registration lists, the U.S. Census American Community Survey, and the U.S. Census Current Population Survey, as well as 2020 Presidential vote. Respondents were selected from YouGov to be representative of registered voters. The margin of error for the sample is approximately 3%.