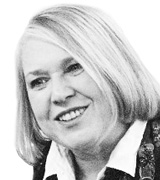 It could be a tough road for Democrats in November’s House elections, as they are suffering from both an enthusiasm gap and an expectations gap.

The latest Economist/YouGov Poll, which was conducted mostly before the publication of a leaked draft of a Supreme Court decision on abortion, shows Democrats leading on a generic congressional ballot question — but Republicans describe themselves as more enthusiastic about voting this year (and more likely to vote) than Democrats do.

Among leading figures in each party, President Biden and former President Trump are most likely to be rated favorably by members of their own party. Vice President Kamala Harris and Vermont Senator Bernie Sanders, respectively, have the next best net favorability ratings among Democrats; Texas Senator Ted Cruz and Florida Governor Ron DeSantis, among Republicans.

— Linley Sanders contributed to this article

This poll was conducted on April 30 – May 3, 2022, among 1,500 U.S. adult citizens. Explore more on the methodology and data for this Economist/YouGov poll