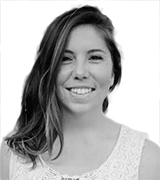 With Valentine’s Day just around the corner, many Americans are looking for a gift or gesture to say “I love you.” YouGov polled people on what it is they’d like to receive for a Valentine’s Day gift this year, and found that among both men and women, the top pick is something simple but significant: a card.

When asked what they would like to receive as a Valentine’s Day gift, the most common answer among Americans was a card, at 30%. A similar percentage (28%) say they want a nice dinner out and 27% would take chocolates or candy. Slightly fewer want flowers (22%) and a homemade meal or baked goods (20%) to celebrate the day. Just under one in five (17%) want sexual favors to celebrate the holiday and 16% would welcome a piece of jewelry.

Close to one in five (18%) say they don’t want anything for Valentine’s Day.

What men and women want for Valentine’s Day

Roughly one-third of women want a card, chocolates or candy, and/or flowers (34% each) or a nice dinner out (33%). Men are less likely to say they want any of the above, though their No. 1 pick for a Valentine’s Day gift is a card, at 27%. About one-quarter (23%) of men want a nice dinner out, and 22% say sexual favors would be a Valentine’s Day gift they’d happily receive — twice the share of women who name sexual favors as a gift they want.

One-quarter of women (25%) would enjoy receiving jewelry for Valentine’s Day, and 22% would like a homemade meal or baked goods. About one in five women (19%) want a certificate for a massage or spa day. Slightly fewer want clothing or lingerie (16%) or wine or liquor (15%) to mark the occasion.

One in five men (21%) and 15% of women say they wouldn’t want to receive anything for Valentine’s Day.

Among Gen Z women, 42% say they’d like to receive candy or chocolates for Valentine’s Day. Slightly fewer (35%) would want to get flowers. Responses are similar among millennial women, where the top responses are chocolates or candy (38%), or flowers (34%). Among Gen X women, 36% want a nice dinner out for Valentine’s Day and 35% want to receive flowers. Women who are Baby Boomers are most likely to say they want a card (39%), a nice dinner out (34%) or flowers (34%).

Related: Valentine’s Day ranks behind just about every major holiday among Americans

See the crosstabs from this YouGov Poll:

Methodology: This Daily Agenda survey was conducted by YouGov using a nationally representative sample of 19,804 U.S. adults interviewed online on January 21 – 24, 2022. The samples were weighted to be representative of the U.S. population, based on gender, age, race, education, U.S. census region, and political party.